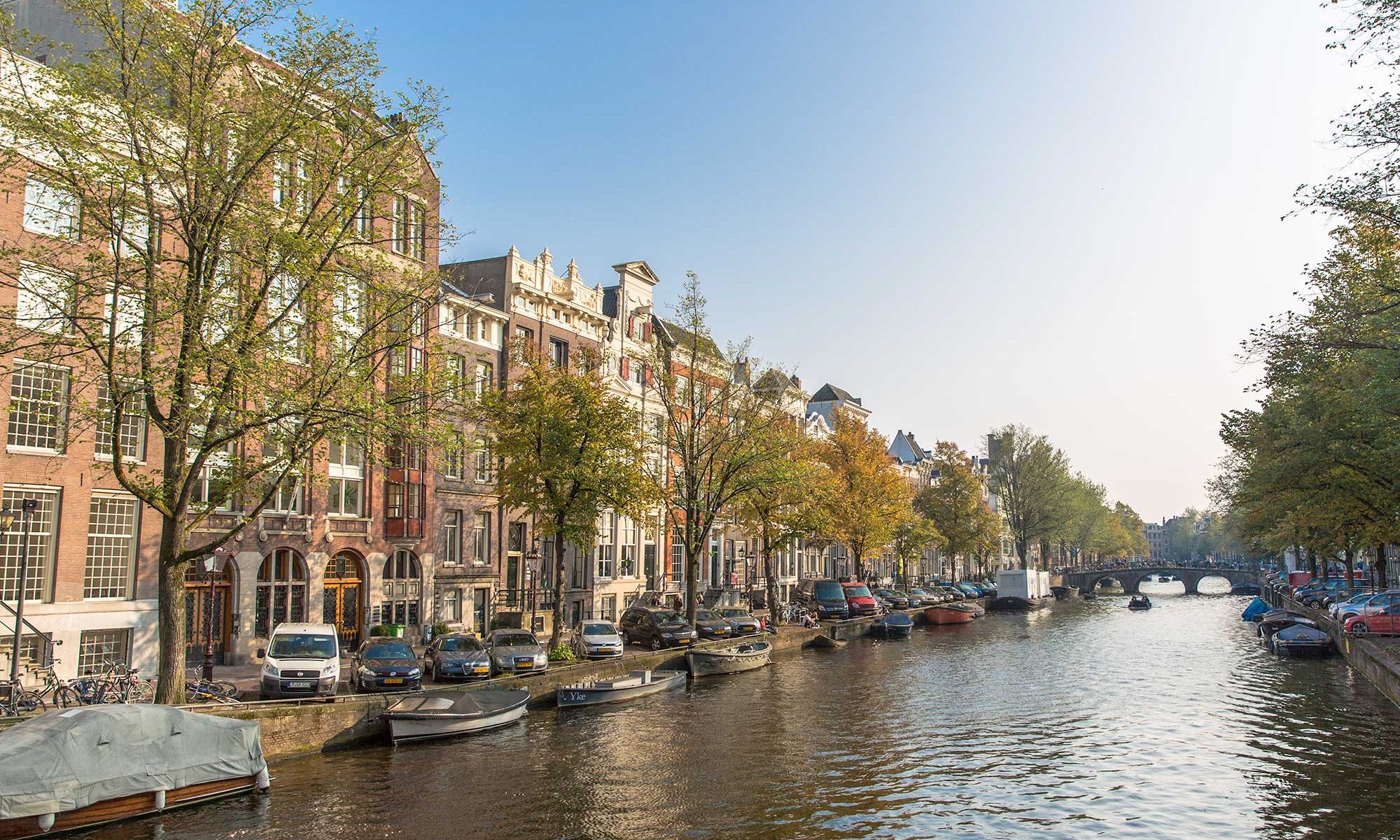 Then this 8.35 m wide merchant’s house – with a house behind it – was built in 1710 for Jacob de Wilde for his Museum Wildianum. In 1711, the well-known Conrad von Uffenbach visits the Wilde’s collection and dedicates ten pages to that visit.

It has a balustrade as an elevation, in the frieze four lights and below that the time slot: sIt VIa In paCe aC tIMore DeI; They are the way in peace and fear of God. The big letters indicate the foundation year 1710: MDCCVIIIII.

Furthermore, it has two wide entrances and the window frames still have shutters.

In 1726 both houses were united for Mr. Elbert Graafland, former ships and council.

Presumably by Johs. At the end of the 18th century, Luden modified the façade as it is still: without a balustrade and a spell, a straight checkered cornice with two consoles, a pavement with a lower entrance on the right and an ornamental window with arrows above the entrance.

From 1907 onwards, the publisher Van Holkema & Warendorf, led by S. Warendorf with the widow of Van Holkema.

From 1915 until the Second World War, the publishing house of Querido was also established here. In September 1944, the Querido publishing house was liquidated by Reinier van Houten, the ‘Verwalter’, which was appointed in February 1943. In September of the year before it was first appointed D. Wisboom Verstegen, but not for long. In July 1940 Emanuel Querido resigned himself as director.